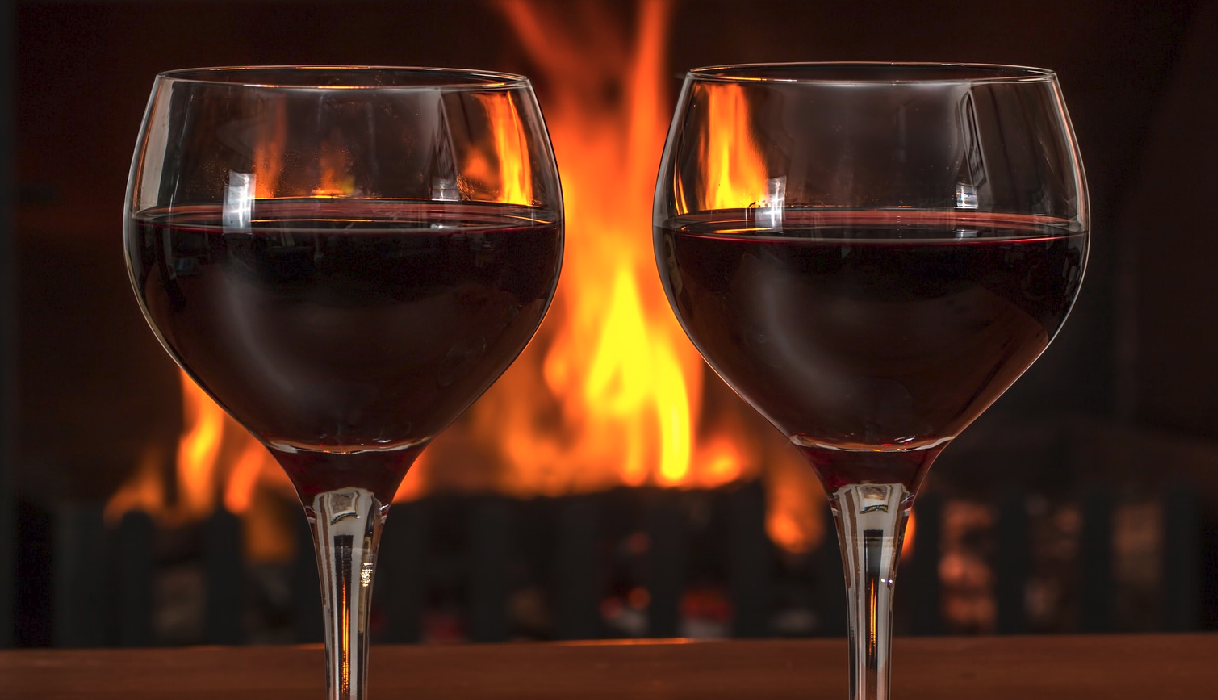 François Pinault took over the management of Château Latour in 1993. In doing so, the businessman not only brought the world-famous wine estate with 78 hectares back into French ownership, it is now also considered a “national cultural asset”. Since 1998, the charming Frédéric Engerer has acted as the estate’s managing director. With a total of 66 workers, the winery stands for high-quality and powerful red wines.

Located northwest of the Bordeaux wine region, Château Latour is one of the most famous vineyards in the world, situated in the heart of the Médoc wine region in the commune of Pauillac. An influential factor in producing powerful wines is the climate.

Subtropical-Mediterranean influence is generated by the very mild winters and the long, warm summers. In addition, frequent rainfall can be expected at all times of the year.

This region near Bordeaux is perfect for growing grapes: The wide strip of pine forest protects the vineyards from sea winds. The funnel-shaped estuary of the Gironde releases the heat it has stored during the day at night and reflects the sun’s rays over a wide area during the day.

The deep and lean gravel soils of Pauillac are particularly well suited to the Cabernet Sauvignon grape variety. On the foothills of the undulating hills, gravel mixes with clay and sand. This creates optimal conditions for grandiose wines, as the Premiere Cru Classé estate Château Latour proves.

History: The Hallmark of Château Latour

Château Latour has a history spanning generations, dating back to the 14th century. At that time, people were already cultivating the land of Latour. In 1378, the château appeared in the “Chronicles” of Jean Froissart. At that time, the Hundred Years’ War was raging and the “Tour de Saint Maubert” became a fortress to protect the Gironde, which was manned by Breton soldiers.

The land was in English possession until the Treaty of Castillon in 1453. The original “Tour de Saint Maubert” tower no longer exists. However, a similar tower called “La Tour de Saint-Lambert” was built on the estate in 1620, which is still the trademark of the estate today. It was not until Alexandre de Ségur, who was called the “Prince of Wines” by Louis XV, took over the estate that the real wine history of Château Latour began.

Alexandre de Ségur added Château Lafite to his estate in 1716. In 1718, his son Nicolas-Alexandre de Ségur expanded the estate with the acquisition of Château Mouton and Calon. He began to produce wines of great quality. In 1787, Thomas Jefferson certified the wines as Premier Crus in a letter.

In 1962, the estate passed from the Ségurs’ ownership to English ownership and Allied Lyons bought Château Latour in 1989 for about 180 million euros. However, a short time later, in 1993, it was returned to French ownership by the businessman François Pinault for about 130 million euros. Due to its status as a Premier Cru, the vineyard is now a “national treasure” and may not be acquired by foreign buyers. In 1998, Frédéric Engerer, who had already supported the winery since 1995, was appointed managing director.

In the course of major renovation work at Château Latour between 1999 and 2003, the entire wine cellar was renovated, the oak fermentation vats were replaced by stainless steel tanks and a new, individual tasting room was designed. The new design makes the winery look elegant, almost magical.

Currently, 66 people work at Latour. This allows the wines to be treated with the care that the estate sets itself as a standard. Château Latour produces only red wines of outstanding quality. The first wine Château Latour Premier Cru Classé is grown on old vines on the estate’s original 47 hectares.

This red wine combines the depth, elegance and at the same time concentration that one expects from a great wine. The red wine Les Forts De Latour was first produced in 1966 under its current name. Through constant improvements, this reached the level of a very good Médoc, which is often rated as good as the first wines of other châteaus by the wine critic Robert Parker.

In 1973, the wine Le Pauillac de Château Latour was also introduced, which comes from vines that do not meet the criteria for the red wine “Les Forts de Latour”. However, only the vintages 1974 and 1987 were brought to market. It is only since 1990 that “Le Pauillac de Château Latour” has been produced every year and finds many sympathisers thanks to its characteristic, elegant taste.

As the production of good wine depends on the climate, there are also excellent and less noteworthy vintages at Château Latour, as with every winery, no matter how famous and professional they are – There will always be differences in quality and taste between different vintages. Here I present the best vintages with well-known names.

After decades of English ownership of the world-famous Château Latour, the Premier Cru vineyard was returned to French ownership in 1993 by the French entrepreneur François Pinault. François Pinault himself is a self-made man par excellence. Now an art lover and collector, he grew up in middle-class circumstances. After his military service in Algeria, he met Louise Gautier, the daughter of a wood merchant, whom he married in 1962 (the marriage lasted only five years, however). Pinault got a job in her father’s company, which gave him a start in the wholesale wood trade.

With the help of his father-in-law, he developed the company into one of the largest in France. In the 1970s, François Pinault then expanded his business fields across all sectors. The basis for his success was created.

In 1962, Pinault founded today’s Kering group of companies, which since the late 1990s has included fashion brands such as Gucci, Yves Saint Laurent, Bottega Veneta and Puma. The company has been run by Pinault’s son François-Henri Pinault since 2005.

The 79-year-old Pinault senior also founded the holding company Artémis, to which the excellent Château Latour in Pauillac has belonged since 1993. François Pinault is one of the richest people in the world. He placed the management of Château Latour in the hands of Frédéric Engerer in 1998.

Wine: the common thread in the life of Frédéric Engerer
It is probably no wonder that François Pinault handed over the management of Château Latour to Frédéric Engerer in 1998.

Frédéric Engerer was born into a family of wine merchants, which meant that wine accompanied him from an early age. He spent many summers at his grandfather’s winery, where he felt especially at home in the wine cellar.

At the age of seven, he also experienced the first after-effects of wine there, when he always took a sip when filling wine bottles so that there was still room for the cork. Wine eventually became his hobby. Above all, as a Parisian, he developed a passion for Burgundy.

To develop his sensory skills, Michel Bettane, a highly respected French journalist who is considered one of the most competent wine tasters in the world, was responsible. In addition to his love of wine, the young Frenchman obtained a degree in business administration.

A young Parisian takes over the Management

Frédéric Engerer saw his first meeting with François Pinault as the great opportunity of a lifetime. He became aware of Château Latour through his schoolmate François-Henri Pinault, François Pinault’s son. The owner of the château chose Engerer because he was looking for someone young, with an unclouded eye.

In addition, François Pinault was looking for an independent person who loves wine and represents a modern view of wine. Engerer also had exactly this idea, so he got the job at Château Latour.

The people at Château Latour were initially critical of the choice of Frédéric Engerer, but they quickly realised that the Parisian with the broad horizon had a good feeling for the Premier Cru estate.

Frédéric Engerer himself describes his work as follows: ‘I live Latour seven days a week, 24 hours a day. It’s not a job you can walk away from.’ In 1998, Frédéric Engerer secured the position of managing director. In this position, he hired an entirely new technical team to oversee each vintage from 1999 onwards.

In contrast to other wineries, where generation after generation work, the team at Château Latour is made up of young people around the age of 30. Frédéric Engerer himself claims that it is above all the attention to detail and teamwork that produce excellent wines.

So it is not surprising that with this attitude of the managing director, Château Latour in Pauillac is experiencing new heights.